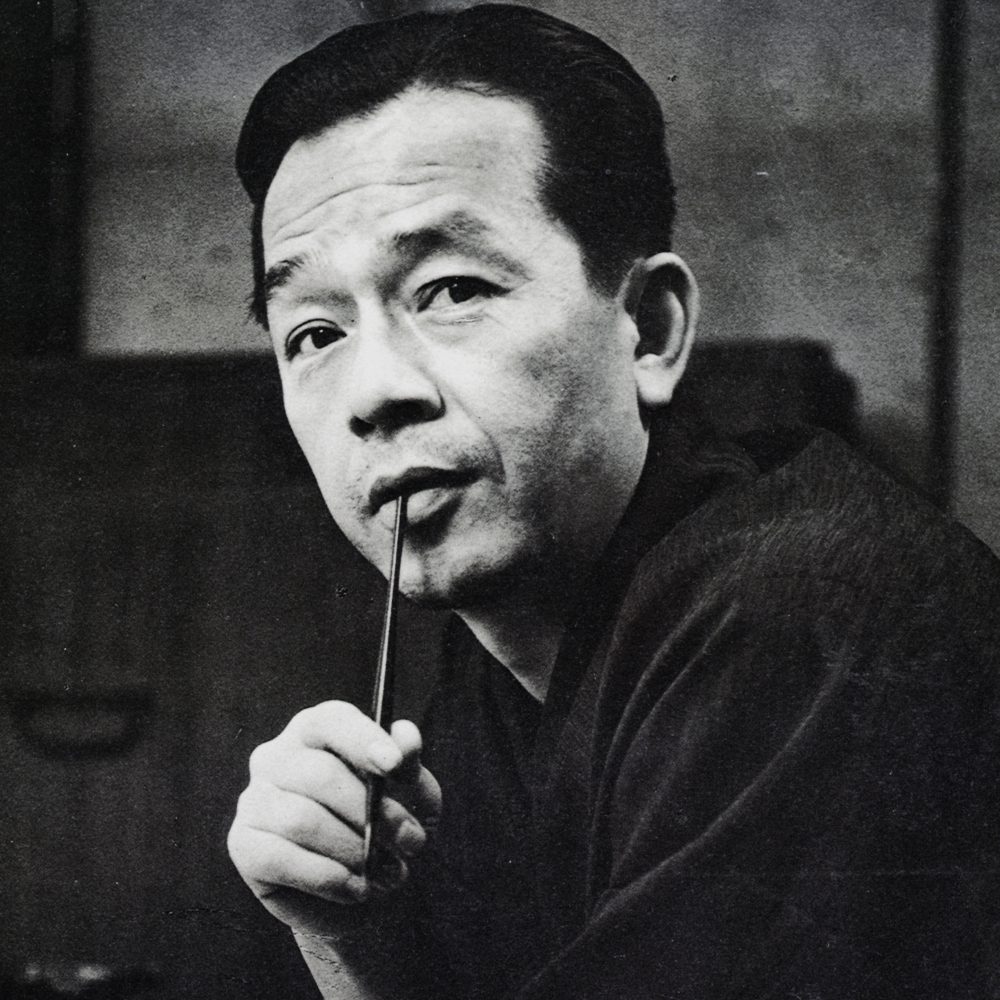 Born in 1904 in Kobe, Katsudi moved to Tokyo with his family when he was 8 years old. At the age of around 13 years and still in school, he first began working for a magazine.

After dropping out of the same junior high school at the age of 18, he went to Kawabata Design School and studied painting techniques by himself, and began illustrating for numerous magazines such as New Youth, Girl World and Shonen World.

In the wake of the big blow to the publishing industry following the Great Kanto Earthquake of 1923, Katsudi decided to hone his skills in Paris.
His first stop was Shanghai, where he started to contribute illustrations in the Shanhai nichinichi shinbun (上海日日新聞, "Shanghai Daily Newspaper") to fund his living and the expenses to travel on to Europe.

Still in Shanghai, he was forced to return to Japan to join the draft for WWII but was rejected due to being flat footed.

Back in Tokyo, he debuted as a illustrator for a girl magazines. His work soon gained popularity among young girls, and he ventured out into the world of manga, serializing his masterpiece Kurukuru Kurumichan which had been published for 35 years in total. Katsudi Matsumoto became one of the most influental Japanese illustrators in the early and mid 20th century and had been named a Pioneer of Kawaii.

Katsudi is born in Kobe City

Katsudi moves to Tokyo with his family

The first issue of La Révolution surréaliste is published

Gone with the Wind opens

Katsudi opens his own merchandise store in Ginza

Berusaiyu no Bara (The Rose of Versailles) by Riyoko Ikeda debuts

Katsudi travels to Denmark, Hans Christian Andersen's home country
Katsudi starts working on 12 month of Haamu and Monii, which will be his last project

Katsudi travels to USA to visit his second son, Ikki

Nausicaä of the Valley of the Wind by Hayao Miyazaki opens

Katsudi passes away on May 13th